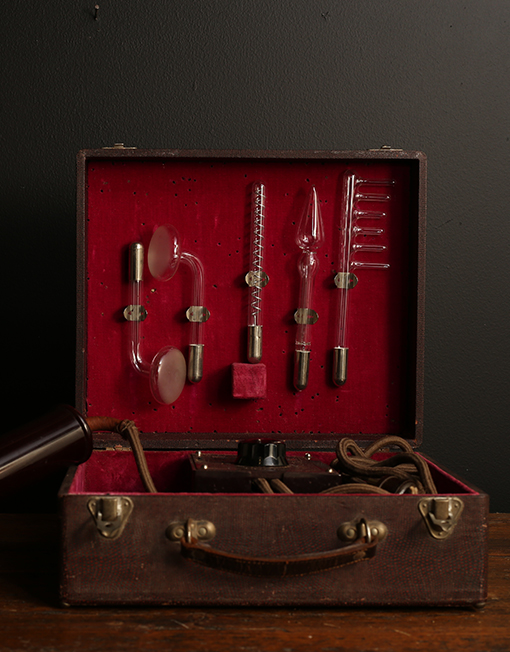 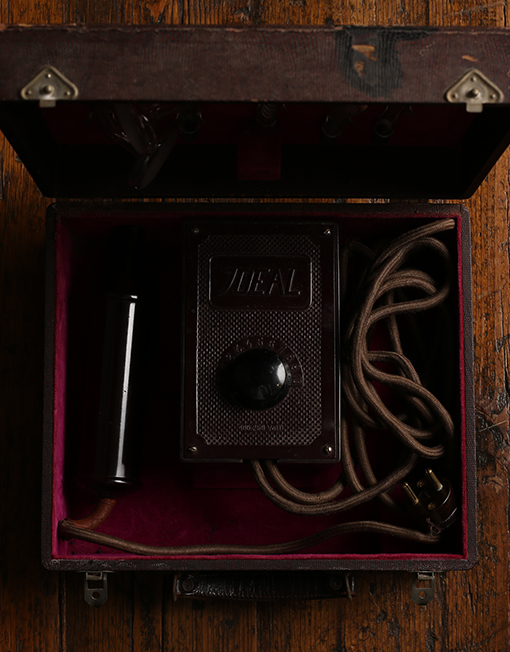 One of the most interesting instruments that we have. It was also a great mystery for Brett, who found it amongst his dads belongings. Brett decided to hand over this instrument to us.

We had many hilarious suggestions on its use, but found out that it was used by phoney doctors roaming from town to town scamming balding men.

The ultraviolet treatments were believed to have healing qualities.

Once the “procedure” was complete and money exchanged, the “Dr” would have moved on to the next town before the patient realised the scam.

There are no reviews yet.